skip to main | skip to sidebar

Who is Surrogacy Escrow Services?

Brenner & Bucher, LLC d/b/a Surrogacy Escrow Services is a law firm committed/dedicated to providing accurate and dependable escrow fund management services in connection with reproductive arrangements. As a law firm the funds that we manage and hold in our trust account are fully insured by the FDIC and must be held in accordance with the standards set by The Florida Bar.

Surrogacy Escrow Services will manage and distribute the funds held in our attorney trust account based on the terms set forth in the Surrogacy or Egg Donation Contract/Agreement. Prior to making distributions, Surrogacy Escrow Services will review any receipts and supporting documentation. In addition, we will contact the Intended Parents or Agency prior to making any payments. Any correspondence that accompanies the distribution will be copied to the Intended Parents or Agency so that they are always aware of any disbursements made. In addition to receiving monthly statements, the Intended Parents, Surrogate, Egg Donor or Agency, as the case may be, are always entitled to know the remaining funds in their account.
Posted by Stan Brenner & Andy Bucher at 1:00 AM No comments: 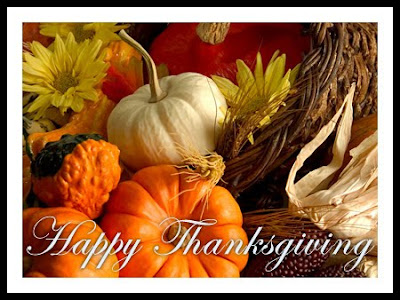 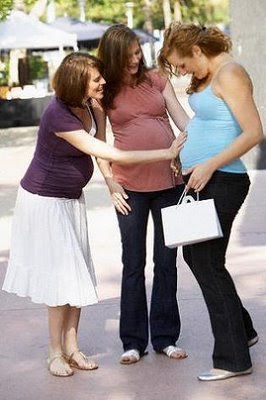 In traditional surrogacy (also known as the Straight method) the surrogate is pregnant with her own biological child, but this child was conceived with the intention of relinquishing the child to be raised by others such as the biological father and possibly his spouse or partner. The child may be conceived via sexual intercourse (NI), home artificial insemination using fresh or frozen sperm or impregnated via IUI (intrauterine insemination), or ICI (intracervical insemination) which is performed at a fertility clinic. Sperm from the male partner of the 'commissioning couple' may be used, or alternatively, sperm from a sperm donor can be used. Donor sperm will, for example, be used if the 'commissioning couple' are both female or where the child is commissioned by a single woman.
In gestational surrogacy (aka the Host method) the surrogate becomes pregnant via embryo transfer with a child of which she is not the biological mother. She may have made an arrangement to relinquish it to the biological mother or father to raise, or to a parent who is unrelated to the child (e. g. because the child was conceived using egg donation, sperm donation or is the result of a donated embryo). The surrogate mother may be called the gestational carrier.
Altruistic surrogacy is a situation where the surrogate receives no financial reward for her pregnancy or the relinquishment of the child (although usually all expenses related to the pregnancy and birth are paid by the intended parents such as medical expenses, maternity clothing, and other related expenses).[1]
Commercial surrogacy is a form of surrogacy in which a gestational carrier is paid to carry a child to maturity in her womb and is usually resorted to by higher income infertile couples who can afford the cost involved or people who save and borrow in order to complete their dream of being parents. This procedure is legal in several countries including in India where due to high international demand and ready availability of poor surrogates it is reaching industry proportions. Commercial surrogacy is sometimes referred to by the emotionally charged and potentially offensive terms "wombs for rent", "outsourced pregnancies" or "baby farms".


In all cases a contract needs to be drawn up and agreed upon by all parties and an escrow agent hired to assist with the finances.
(Again we looked to Wikipedia)
Surrogacy Escrow Services
http://www.surrogacyescrowservices.com/
Posted by Stan Brenner & Andy Bucher at 1:12 AM 3 comments:

According to Wikipedia Surrogacy is a method of reproduction whereby a woman agrees to become pregnant and deliver a child for a contracted party. She may be the child's genetic mother (the more traditional form of surrogacy), or she may, as a gestational carrier, carry the pregnancy to delivery after having been implanted with an embryo, in some jurisdictions an illegal medical procedure.

In either case, escrow services are needed.

Stan Brenner will be attending the American Society of Reproductive Medicine's annual meeting in Atlanta, GA from October 18th through October 21st. Please feel free to contact Stan if you would like to set up an appointment while he is in Atlanta. SRBadopt@aol.com
Posted by Stan Brenner & Andy Bucher at 12:31 PM No comments:

Email ThisBlogThis!Share to TwitterShare to FacebookShare to Pinterest
Labels: ASRM 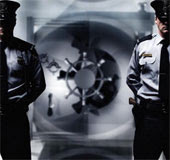 The Federal Deposit Insurance Corporation (FDIC) ruled on November 21, 2008 that effective immediately client funds deposited in IOTA accounts (Attorney Trust Accounts) are eligible for unlimited deposit insurance coverage.
All funds in an IOTA account, regardless of size, will now be insured in full by the FDIC as part of the Temporary Liquidity Guarantee Program (TLGP).
The FDIC rule may be accessed at http://www.fdic.gov/
Posted by Stan Brenner & Andy Bucher at 1:00 AM No comments:

Benefits to Agencies and Attorneys
An independent escrow agent eliminates the potential conflict of interest that arises when an Agency or Attorney is holding escrow funds while also representing a party to the reproductive arrangement. Additionally, it eliminates the time and effort spent in managing the escrowed funds.Your agreements and contracts are followed to the letter and are reinforced by our attention to detail.
Posted by Stan Brenner & Andy Bucher at 1:00 AM No comments:

Stan Brenner & Andy Bucher
Florida, United States
Brenner & Bucher, LLC d/b/a Surrogacy Escrow Services is a law firm committed/dedicated to providing accurate and dependable escrow fund management services in connection with reproductive arrangements. As a law firm the funds that we manage and hold in our trust account are fully insured by the FDIC and must be held in accordance with the standards set by The Florida Bar. Surrogacy Escrow Services can provide escrow fund management to Surrogacy and Egg Donation Agencies, Attorneys in the field of assisted reproduction, IVF Physicians with Surrogacy and Egg Donation programs, Intended Parents, Gestational and Traditional Surrogates and Egg Donors.

Stanley R. Brenner has concentrated his law practice in the field of Assisted Reproduction Law and Adoption. He has maintained an office in Boca Raton, Florida for the last 16 years helping people create families through surrogacy, egg donation, embryo donation and adoption. In the area of Assisted Reproduction he has worked with both attorneys and agencies and has represented Intended Parents, Surrogates and Egg Donors. Stan has experience managing trust account funds for Surrogacy, Egg Donation and Adoption clients. Stan is admitted to the Florida and New York Bar. He is a graduate of the University of Connecticut School of Business and the University of Miami School of Law. 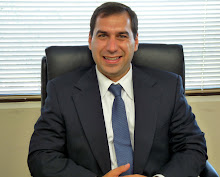 
Andrew Bucher is admitted to the Florida and Pennsylvania Bars. Andy has acted as escrow agent in surrogacy arrangements and has a reputation of maintaining the highest level of communication with all of the parties. He has worked with both attorneys and private agencies in his capacity as escrow agent. Andy is of the belief that it is important in any surrogacy or other assisted reproduction arrangement to have an independent party managing the funds. In addition, Andy is a Florida Supreme Court Certified Civil Circuit Mediator.
Andy received his B.A. from Penn State University and his J.D. from Widener University School of Law.